Welcome to Cole from HERO WORSHIP by Kimberly Quinton 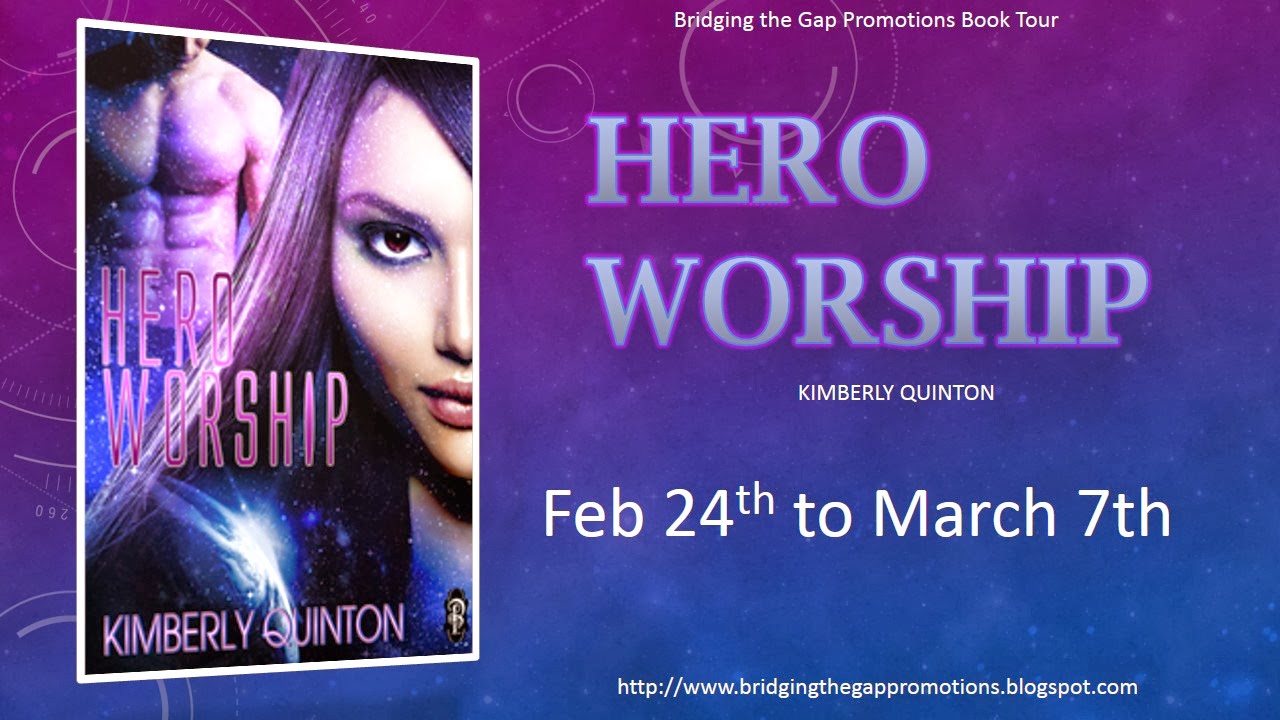 How did you meet your writer?


Kimberly was on a cruise to Alaska and spent a lot of time talking with me while enjoying whale watching and drinking far too many lemon drops on deck. She knew she’d have to write my story after I told her a few tales of my time on the island.

Do you infiltrate your writer’s dreams?


I did for a long time. But like a typical writer, she replaced me as soon as she had my story. I’ll always be her favorite superhero though. You know, once you’ve had super, there’s no going back.


I’m not proud of the destruction I caused, but I’m happy to have Caroline in my life.  She helped me remember why I chose to be a HERO in the first place. And now that I’m the last, I owe it to my brethren to honor them. Doesn’t mean I’m going back to blindly following orders.

What do you find most appealing in women?


I like a woman who knows what she wants and isn’t afraid to fight for it, for better or worse.

What do you find most unappealing in a woman?
A woman who doesn’t know her own mind. Men are simple, even men with super powers—we need women who are straight forward and direct.

If you could change your superpowers, what would you change them to?


I’m fast, strong, can fly and have years of experience dealing with the most dangerous creatures in the world—politicians. I don’t need anything else.


After twenty years confinement on an island for crimes against humanity, the last thing disgraced H.E.R.O. Cole wants to hear is the world needs him. But the government’s sexy envoy peaks his 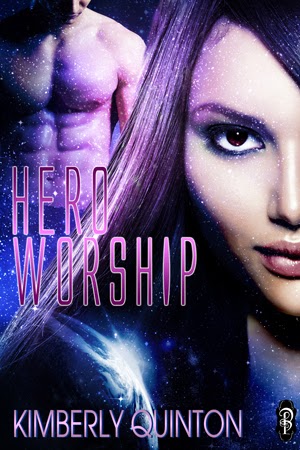 interest and his honor.


Enhanced human and the government’s top negotiator, Caroline Sparks’ only mission is to bring in the last H.E.R.O. at any cost. When he asks for two months with her on his island when the mission is over, she can’t refuse even if it means exposing a secret he might kill her over.

Battle to save the world….


With disaster looming at every turn, Cole must choose between vengeance and duty. Can Caroline embrace her latent power and save her hero or will saving the world cost them both everything?

“Look, princess, I don’t have a knight-in-shining-armor side. You need to get around to my real side.”


Caroline’s teeth clicked together at princess; her tongue barely escaped the sharp edges before she forced another breath through her nose.


“And what side would that be? Your, I-want-my-own-island-and-the-rest-of- the-world-can-rot, side? Or how about your, I-need-a-new-woman-every-couple- weeks, side? Which one of those should I appeal to?”


Her voice sounded strange to her ears, thick with frustration and on the brink of screeching. I never raise my voice. Pursing her lips against the tremble, she gripped the edge of her seat, doing her best to ignore his wide smirk. She needed this conversation under her control.


He leaned back and tilted his head to look beneath the table, eyeing her legs. She stiffened but didn’t move further at his perusal of her from head to chest and back. A negotiator couldn’t be easily offended.


“Definitely my I-need-a-new-woman-every-couple-weeks, side. You could be that woman.”


“What?” Incredulity tightened her throat and her words sputtered out in a breathy puff. “Are you insane?”


“Depends on who you ask.” He winked; a suggestive tilt broadened his smile.


No way in hell. She squashed the butterflies that flapped in her belly, determined to ignore the temptation of his sun-kissed shoulders and golden abs, each muscle defined like a sculpted masterpiece. A perfect Hero. Physically. Too bad, of all the Heroes, only he remained.


Caroline cleared her throat. “I’m here to negotiate your chance at freedom, not feed your lascivious appetites.”


“Okay. Tell the AG the offer is rejected.”


“Millions of lives are at risk. We can’t combat a cyborg army under the control of a terrorist on our own.”


“Not my problem.” “You used to be a hero. Now you’re heartless and cruel—pathetic.” Caroline searched his face for a reaction, anything to tell her she’d gotten to him. He gave nothing but a shrug under a steady gaze. Her insults seemed to roll right off him.


“Your brethren would be ashamed.”


A flash of violence passed through his eyes as he thrust forward, shoulders raised, in a shift from nonchalant to coiled aggression, ready to strike at the next provocation. Here was the vengeance that cost a dozen citizens their lives and damages in the billions to government assets. She struggled not to react, but anger surged inside her, smothering her self-protective instincts. 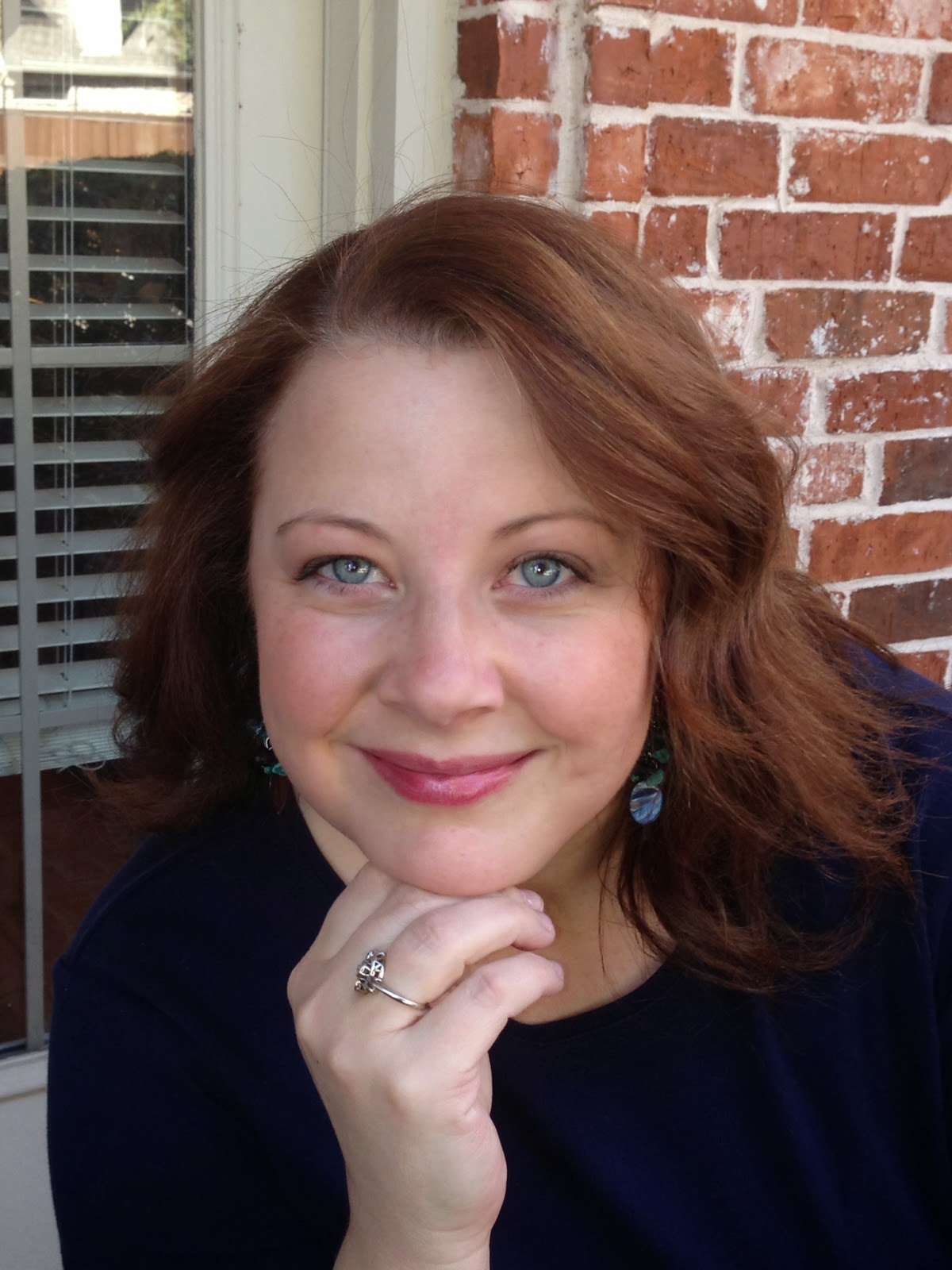 Whether she’s writing contemporary or paranormal romance, Kimberly Quinton is a romantic at heart who strives to tell stories about the power of true love.


Since a teen, she’s loved romances and believes we can all live our happily-ever-after. Always a people watcher, it wasn’t until Kimberly shucked her Accounting major for Anthropology that her interest in people and cultures was nurtured. Kimberly has combined her natural curiosity (nosiness) with her love of romance for the sake of bringing the movies in her head to life on the page.


A wife and mother of two, Kimberly spends her days chasing chores, wrangling active kids, and writing. She also enjoys traveling, cooking, great wine and sharing a laugh with friends and family.

Kimberly is giving away a $30 Amazon Gift Card

a Rafflecopter giveaway
Posted by Krista Ames at 9:47 AM