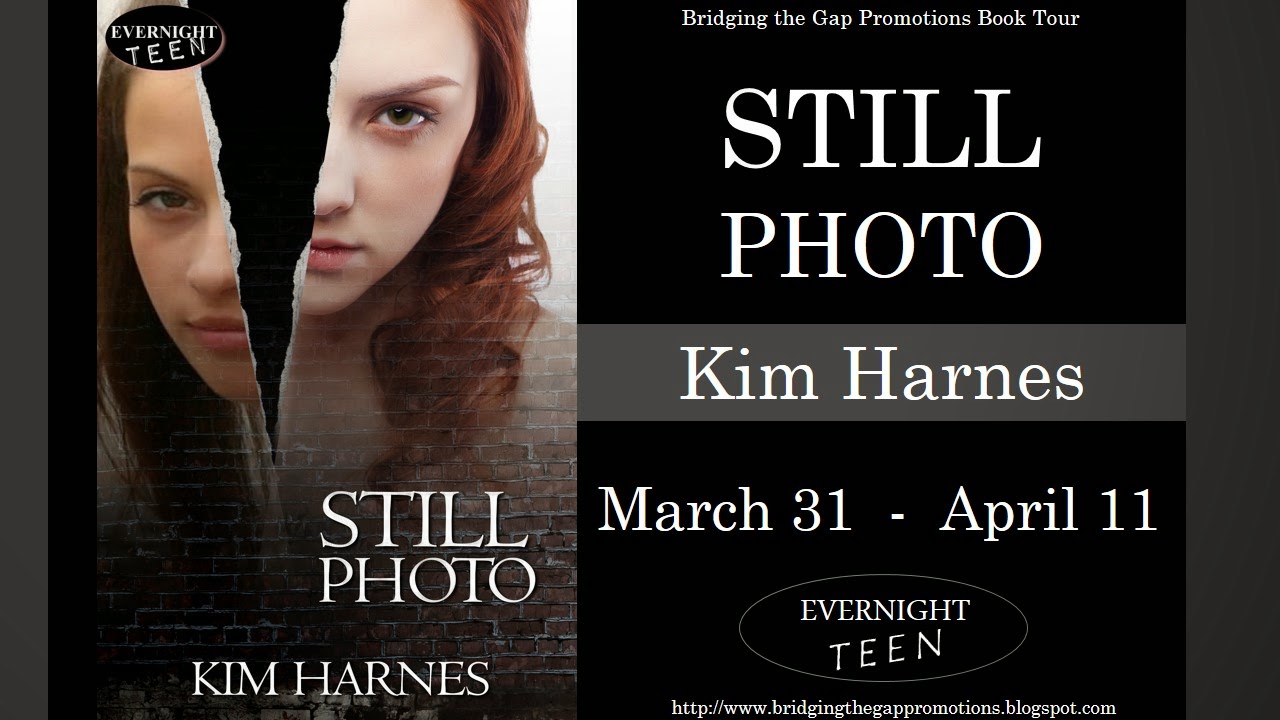 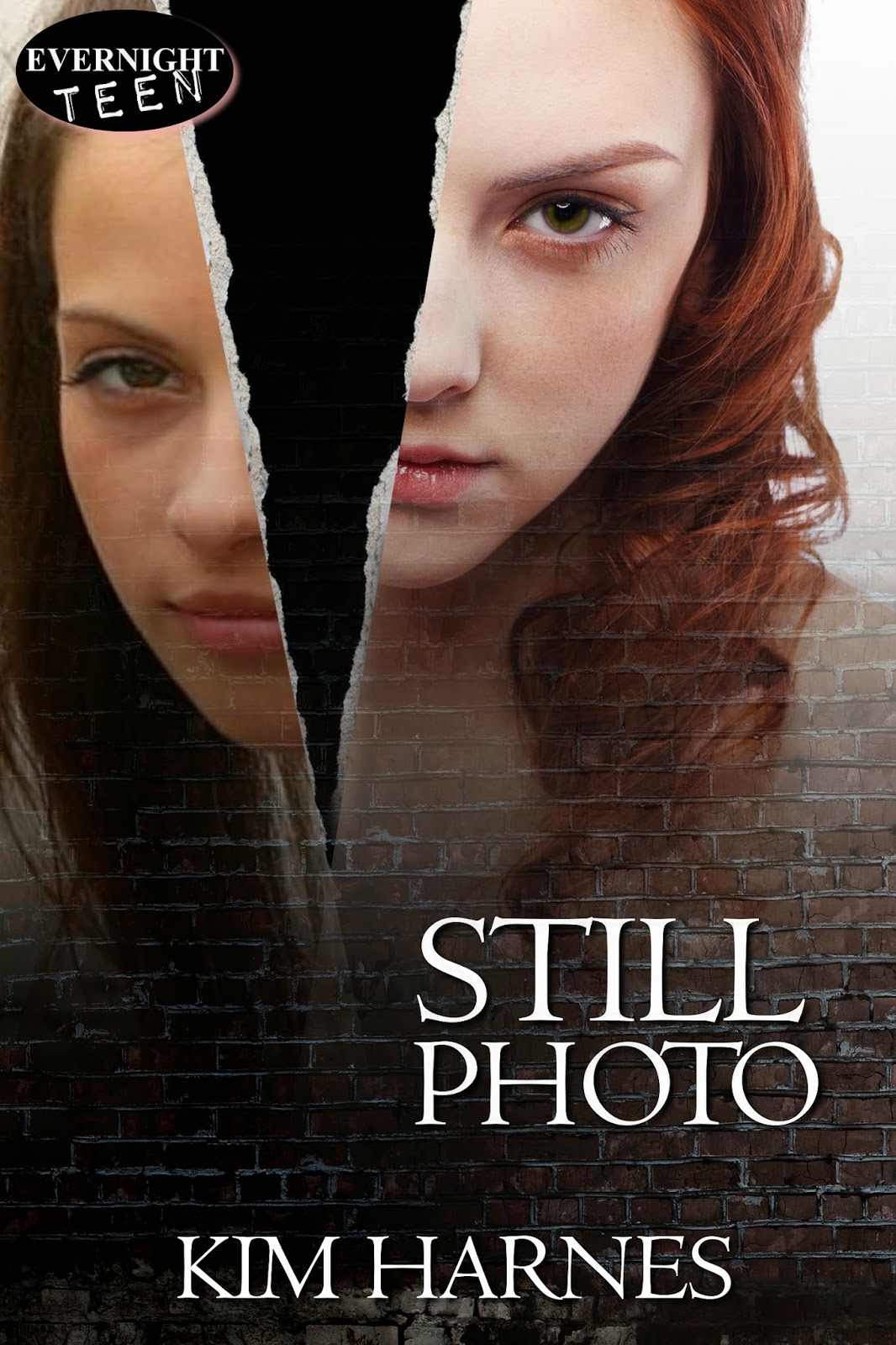 Jess Waterford's mother is evil.  Since she took off seven years ago--just days after Jess's ninth
birthday--without so much as a wave goodbye, Jess has always wondered what happened to her.  And despite the end of her mother's mental and physical abuse, the memories and the scars still remain.  Jess conceals the hurt within by practicing her photography, and by spending as much time as her dad will allow with her baseball star boyfriend, Brody Campbell.

Determined to make use of her new camera, Jess dives into photographing everything in sight.  But periodically the resulting prints are flawed, ever so slightly;  a smudge on a tree trunk; a blemish in the bus window.  These imperfections are not as random as they may seem, however, and Brody and Jess soon discover together that each of these pictures combine to form another image--the grisly image of a murder scene, with Jess's mother as the victim.
As the new photograph takes shape, Jess's desire to complete it consumes her, and Brody's health begins to deteriorate.  Torn between her quest to reveal her mother's killer and her continued worry over Brody's failing health, Jess finally finds the last piece to the puzzle, and the answer sends her world spiraling into depths from which she may never recover.
Evernight Teen     Amazon    Print    ARe    BookStrand
Review: (my apologies for posting late, oh the demands of a freshman in high school)

When I first read the blurb for this story, I knew I had to read the entire thing and I swear I was on the edge of my seat throughout!  Jess is such a complex character and so guarded but her photography helps to get her away from it all.  I think the whole dad relationship was also a really cool aspect to add to her complexity.  Most stories I've read tend to center on the mother/daughter relationship and don't get me wrong, I love my mom relationships (being a mama's girl :)) but this dad/daughter scenario totally captured my eye as well as my heart.

Now there's Brody.  You know how people in general say boys are trouble?  Well he's definitely mastered that talent but telling you why might just give away more than I want to because you need to read it to find out :)  I really think he has to be the perfect boyfriend for Jess and he's totally terrified of her dad which is too dang cute!  I totally have a crush on him and I think our real-life world needs a few more of Brody.

This book is a real killer, insanely brilliant.  I couldn't put it down.  I finished it in a day if even that.

Still Photo is sure to hit best seller status and such an amazing debut novel for Kim Harnes.  I recommend this highly to any and all high schoolers my age, you won't be sorry !!!


Excerpt:
Brody’s temple began to pound with each beat of his heart and he tried to push the pain away with his fingertips. Try as he might, the throbbing continued to grow and he unwillingly exhaled an agonized moan.
“Are you okay, Brody?” Miss Wolfe, who probably didn’t want to witness a second apocalyptic episode in as many days, approached his desk.
Her voice was barely audible to Brody. The pain had grown rapidly and it was now so intense it pulsed bright screams across his forehead and down his neck. “Oh, God,” he mumbled and pressed his face against the desk. “Oh, God, what is happening to me?” He stood, but his head protested and his vision blurred. “Make it stop. Please make it stop.” He pleaded to anyone who would listen to put him out of his misery. His head shrieked again. Or did that noise come from him? “Please,” he begged. “Can’t somebody please make it stop?” Brody stammered and stumbled aimlessly, positive his head would soon explode and end his suffering. His leg banged into someone’s desk. He didn’t feel it, but it was hard enough to move it several meters across the floor. He vaguely heard someone protest as he stepped on her foot.
“Jessica.” Someone whispered her name. He didn’t know who’d done it or where they were but it sounded as if it were inside his own throbbing head. “Jessica.” Was he calling for her? Was someone going to get her? Would she be coming to help him? And could she make him better?
Just when he thought the pain couldn’t get any worse, another squeal of hurt detonated within his left eyebrow and buckled his knees. “Can’t someone please make it stop?” He implored one last time to anyone who may still be within earshot. He crawled across the linoleum, oblivious to anything but the searing sting like a white-hot sword twisting in his temple.
Exhausted and spent, he curled into the fetal position on the floor and waited for death to come and mercifully take him away, because he was sure that was the only thing that would release him from this torture.
His skull opened and whiteness entered.
The warm, bright light comforted him and he reached for it.
“Jessica,” his head whispered again.
About the Author:

Kim Harnes learned to read at the age of two and never looked back.  Growing up as an avid lover of horror novels, campfire stories, and the obsession with ghost towns and cemeteries, it only made sense that her own writing would incorporate the paranormal, the bizarre, and the unexplained.  She is an award winning songwriter, an Active member of the SCBWI, and lives with her family and numerous pets in Sparks, Nevada.
Website        Facebook        Twitter


a Rafflecopter giveaway
Posted by Krista Ames at 8:55 PM