Review: The Ice Bridge by Kathryn 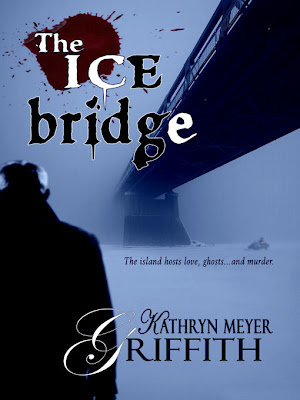 This was an interwoven story of 3 generations of women and their love for Mackinac Island.


I adored the eccentric neighbor, Hannah as she played the role of a grandma of sorts and took up the friendship basically where she and Charlotte had left off from summers gone by.


Then there was Aunt Bess, a strong woman who took her niece Charlotte in no questions asked but had her own unique love tragedies throughout the book which she overcame with the help of her loved ones.


I felt bad for the main character Charlotte and the reasons she went to the Island initially. Being jilted at the alter is nobody’s idea of fun especially when it’s her groom and Charlotte’s best friend.    She needed some solitude and the comfort of her aunt and friend in the place that always felt like home to her.


I also like the way the author incorporated island ghost stories told by the residents, making me wonder if the stories may just be true.   Charlotte had been suggested to write a book including those stories while on the island by police officer Mac Berman, someone she never expected to meet but who would end up playing a crucial role in all three women’s lives.


I was drawn by the intrigue and focus on the mystery of the Ice Bridge as well.  Once spectacle I have yet to see myself but all through this book it was definitely an eerie presence that made me think twice about taking myself to in the dead of winter, no pun intended.  No doubt there was a strong pull that kept me riveted to the pages til the early morning hours waiting to see what would happen next.


I’ll admit that I mostly read romance but I was eager to read this because of an extreme love I have for Mackinac Island.  Ms. Griffith definitely didn’t disappoint in making me feel like I was right back on Main Street looking for the tasty ice cream cones and homemade peanut butter fudge I love so much.  She has a unique way of making the people and places come to life and stayed true to the Island traditions.


The author did a great job of making this story a believable reality and I would recommend it to anyone interested in a mystery of murder and ghost stories blended with a few mild romances.